A crash in the Swedish league on Tuesday 24 July now means a minor break for the 32-year-old Danish Grand Prix hope Nicolai Klindt. Despite an injury in the back and a concussion, Klindt had hoped to drive on Monday in Polish Ostrow, and in the Danish top brag on Wednesday between SES - Sønderjylland Elite Speedway and Holsted Tigers.

After consultation with SES management and physiotherapist Lisa Thomey, Nicolai Klindt has now chosen to take a break in week 31.

- It will be almost a two-week break, because I will thus be driving again in Poland on 15 August. I need peace and quiet, and do not want to take any unnecessary chances before the important Grand Prix Challenge in Zarnovica, on August 21, says Nicolai Klindt.

In Wednesday's Danish showdown, Nicolai Klindt will be replaced by veteran Hans Andersen, but Klindt is betting on being in the equestrian yard at Vojens Speedway Center to help his team, in the effort to defeat Holsted Tigers, and thus secure SES home advantage in the Metal League Superfinal in September . 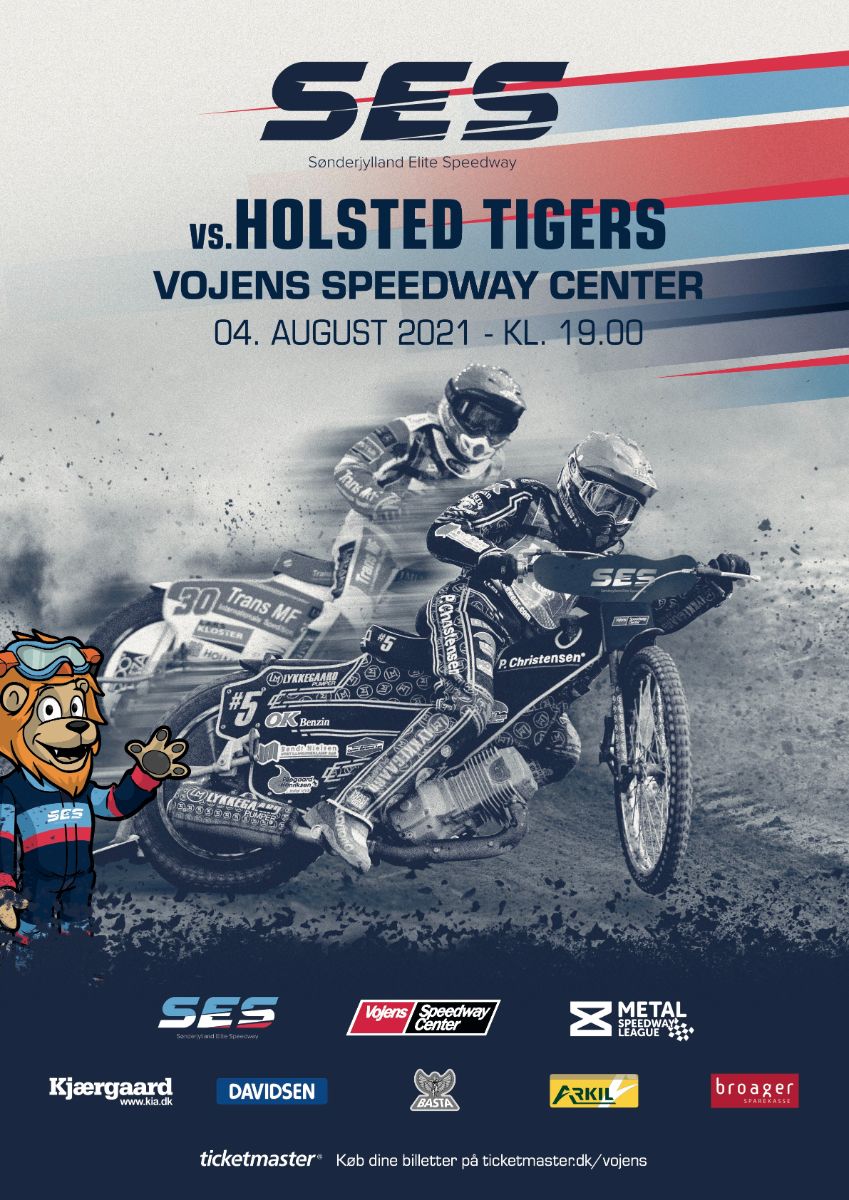 The Danish champion Anders Thomsen joins the rest of Sønderjylland Elite Speedway, against Holsted Tigers. The triple world champion Nicki Pedersen, will do everything to get the southern Jews down from 1st place.

Photo: Jørgen Hansen (left) with the office dog Kia and Jacob Olsen With a new agreement, Jørgen Hansen Biler A / S in Skærbæk now joins as Team Sponsor for SES in the best Danish speedway league. At the same time, the well-known car dealer continues to support the three local SES profiles, ...

On Tuesday, January 11, it is 30 years since Edward Jancarz was assassinated. He was Gorzow's proud son, and the second Polish speedway driver to win an individual World Cup medal. By Ib Søby On Saturday 11 January 1992, there was a party at the large Hotel Mieszko in the heart of ...

In his annual Christmas greeting, Jacob Olsen looks forward to 2022, when several new shifts will characterize the Danish and international speedway. - With the omikron variant in explosive spread, Denmark and the rest of the globe are once again holding a Christmas and New Year week with numerous restrictions ....

SPEEDWAY ACROSS THE BORDER